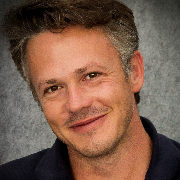 Thomas Dobler is born in Zurich in 1978.
After his classic percussion studies at Hautes Ecoles de Musique of Strasbourg and Zurich, and jazz studies in Paris, he specializes at vibraphone as principal instrument.

Thomas takes advantage from a large experience as musician in classical orchestras. From 1996 to 2007, he worked in several Swiss symphonic orchestras, including the Tonhalle Zurich orchestra directed by renowned conductors such as Mariss Jansons, Georg Solti, Charles Dutoit, Gennadij Rosdetwiensky, Armin Jordan, Valdimir Ashkenazy, Vladimir Fedoseyev, David Zinman… with whom he recorded many CDs.

At the same period, he performed with many chamber music ensembles as a vibraphone and marimbaphone specialist. To mention the "Collegium Novum Zurich", he collaborates with eminent contemporary composers such as Luciano Berio, Georgy Kurtag, Heinz Holliger, Wolfgang Rihm, Pierre Strauch…

As a jazzman and bandleader, he has been touring and recording a lot for the last 20 years. Most of his projects are between classic and jazz, in interdisciplinary domains, fusion of different styles, such as the “ClassXXX” ensemble from 2005 to 2010 with Daniel Schnyder (saxophone), Daniel Pezzotti (cello) and Georg Breinschmid (bass), and especially within his own ensemble "Thomas Dobler’s New Baroque" since 2014.

Another important axis of his work is American jazz:  “Great American Songbook”, swing of the 30’s, bebop. Thomas performed with many eminent jazz musicians such as Reggie Johnson (bass), Dado Moroni (piano), George Robert (saxophone), Sangoma Everett (drums) and many others. From 2009 to 2014, he toured a lot in Europe in duet with the American pianist Kenny Drew Jr.

Since 2003, he has been performing as a classical soloist with symphonic orchestras, including the MDR Leipzig Orchestra, Zürcher Kammerorchester, Düsseldorf Festival Orchestra, Camerata Bern, Sinfonieorchester St. Gallen, Musikkollegium Winterthur.

Immerse yourself in a music world combining nostalgia and innovation, the atmosphere of the 50s and 70s is mixed with the modern design of these mallets. The «rubber» sound, typical of this series offers rich colors and new sound.

VSPTD03
€116.67
Signature Thomas Dobler “West Coast”Medium to clear, different possibilities according to the dynamics of play. Brilliance and clarity in the forte With "velvety" wool A set of 4 mallets Velvet touch / Double tone (Vibraphone and Marimba) Available in Rattan and Wood handles
View

“West Coast”
Medium to clear, different possibilities according to the dynamics of play.
Brilliance and clarity in the forte.
Velvet touch / Double tone

Thomas Dobler - The Oasis and the Mirage - Vibraphone