Founded in Lyon by Paul Changarnier, Nicolas Cousin et Alexandre Esperet, Trio SR9 shares its passion with a worldwide audience. After their curriculum at CNSMD Lyon within Jean Geoffroy and Henri-Charles Caget classes, the three friends decided to start this human and musical adventure together.

Since its First Prize at the 2012 International Trio Music Competition in Luxembourg (Public Choice Prize and Lalux Interpretation Prize), and as winner of the European Ensemble Music Contest FNAPEC 2012 and of the Banque Populaire Foundation in 2016, Trio SR9 established itself in the musical landscape with an incontestable recognition.

Their first spectacle, MACHINE(s), was created in 2015 with the composers Pierre Jodlowski and Benoit Montambault. This same year, Trio SR9 also gave their first representations of   C O R P O R E L S, a performance centered on the movement with multiple writing influences. In 2019, Trio SR9 goes back to writing with Simon Tanguy, choregrapher, on JUKEBOX, a performance mixing theater, dance and music.

Along with this creation work, the trio gives time to recording projects and releases in 2015 its first album“BACH au marimba” under the naïve label, resulting from a transcription work gathering them around three marimbas. In 2018, their second album « Alors, on danse ?», also released on the naïve label, focuses on the same musical configuration. The trio is currently working on two new releases, a collaboration with Clement Ducol under the No Format ! label, and another one with the Evidence Classics label.

The Trio SR9 signature mallets are the culmination of several years of development to allow both solo and ensemble playing.
The specific design of the series achieves good precision, increased fundamental development and great projections.
Within the ensemble, each marimba is well defined in its different registers.
The overall weight is pronounced, allowing leisurely playing and depth of sound. 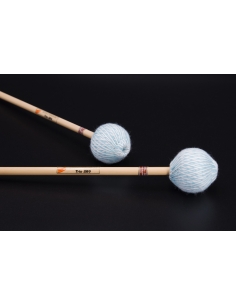 SR901
€56.67
BROWN Very soft These marimba mallets give a powerful and expressive sound and can also be used as bass mallets. Weight:  ++++ Concert mallets, remarkable projection. Available in Rattan and Wood handles The pair of mallets
View 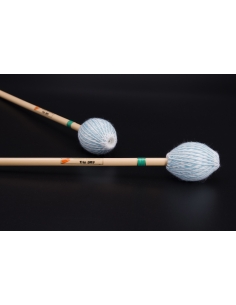 SR902
€56.67
GREEN Soft These powerful marimba mallets give a beautiful roundness while playing with 2 or 4 mallets. Fundamental notes are very present. They also can be used along with other mallets. Weight:  ++++ Concert mallets, remarkable projection. Available in Rattan and Wood handles The pair of mallets
View 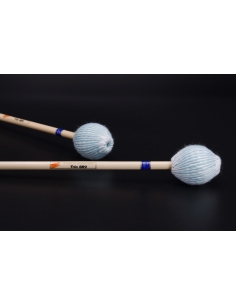 SR903
€54.17
BLUE Medium soft A round, rich and very versatile sound. These marimba mallets allow to obtain a soft touch but also a strong presence in the medium register. Weight: +++ Available in Rattan and Wood handles The pair of mallets
View 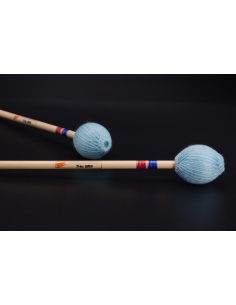 SR935
€54.17
BLUE/RED Deep Medium A round, rich and very versatile sound. These marimba mallets with their pronounced weight allow to obtain a soft touch but also a strong presence in the bass, medium and high register. Weight: +++ Available in Rattan and Wood handles The pair of mallets
View 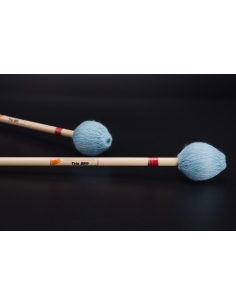 SR904
€54.17
RED Medium These marimba mallets provide you with a medium, rich and versatile touch on the entire keyboard. Weight: ++ Available in Rattan and Wood handles The pair of mallets
View 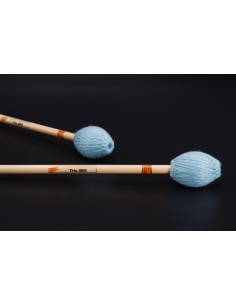 SR905
€54.17
ORANGE Medium hard clear These mallets enjoy the rich sound of the softer SR9 models with greater clarity and precision in the medium / high range. Weight: ++ Available in Rattan and Wood handles The pair of mallets
View 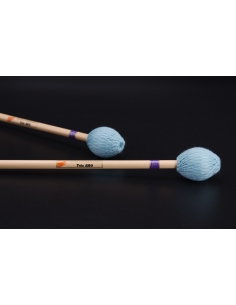 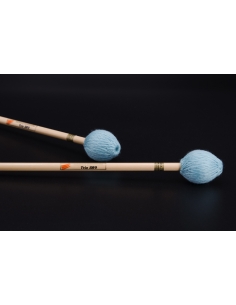 SR906
€54.17
YELLOW Hard clearClear and precise for contemporary music and band or orchestra playing. Weight: ++ Available in Rattan and Wood handles The pair of mallets
View

CD-SR9-01
€15.83
Love at first sight "Bach au marimba" by the trio SR9Three years of work were necessary: each rhythm, color and nuance are the result of passionate research. The gamble paid for never The "Bach music" has sounded that way!3 marimbists:Paul ChangarnierNicolas CousinAlexandre Esperet 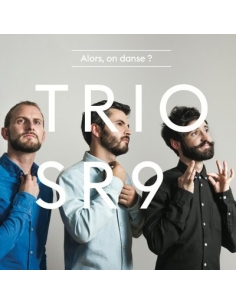 CD-SR9-02
€15.83
"Alors, on danse ? " by the trio SR9 Between transcriptions and original creations for three marimbas, court dances and folk music come together, revealing a little more the richness of these sumptuous instruments 3 marimbists:Paul ChangarnierNicolas CousinAlexandre Esperet